Over 536 skulls of the Algerian war resisters are kept at the National Museum of Natural History in Paris, Algerian researcher in history and anthropologist, Ali Farid Belkadi, said Saturday in Paris.

“These skulls should be placed is in Algeria museum and not in France”, the Algerian researcher explained in an interview with APS.

“The last census that was conducted on April,18, revealed the presence of 536 skulls in the National Museum of Natural History in France, and the war resisters are originated from all parts of the country, including Constantine, Khenshla, Oran, Batna, Skikda, Algiers and Kala, and the skulls of prehistoric people, although their number is few.”

The researcher, who previously discovered in the context of a research work in March 2011, the skulls of Algerians who resisted in Zaatcheh region in (Biskra, southern Algeria) the French army in 1849, asserted that he conducted a year ago a new inventory of these resisters at the request of the Ministry of Mujahideen in order to progress later a formal request to transfer the skulls, and was asked by the Algerian authorities to take care of other research about skulls of Algerians who died in New Caledonia, and who were not buried, but kept in the French museum.

Previously, on January Algeria officially asked France to hand over the skulls of resisters to Algeria. 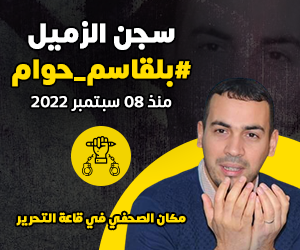 American Ambassador: “Our Relationship With Algeria Is Strong And Growing”

Indicators Confirm Convening Of An “Exceptional” Arab Summit In Algeria

Algeria’s File To Host AFCON 2025, The Most Suitable For CAF Requirements